Our caricature artist Rafael Diez is back by popular demand! Sponsored by: 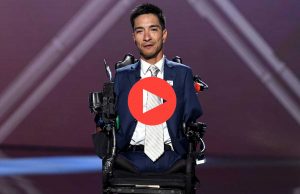 Rob Mendez grew up a passionate sports fan; his first word as an infant was “ball.” However, Rob was born with no arms or legs — the result of an extraordinarily rare condition called tetra-amelia syndrome, with very few known cases globally. While Rob couldn’t physically play sports, he didn’t let that stop him from achieving his dream of becoming a high school football coach, author and speaker who now spends time inspiring students and professional athletes from the NFL and MLB.

Mendez moves in a custom-made wheelchair that he operates with his shoulders. On the football field, Coach Rob diagrams plays on a smartphone attached to the chair, using a stylus that he maneuvers with his mouth. Coach Rob first learned football-playing Madden video games, and that is just one incredible detail of his remarkable story.

Coach Rob Mendez has been a fixture on the Bay Area high school football coaching scene for more than a dozen years. A busy and accomplished motivational speaker, as well as a successful coach, Rob has been the subject of dozens of profiles in national media, as well as the ESPN documentary short feature, Who Says I Can’t? The film was nominated for a 2019 Emmy Award and was entered in the Tribeca Film Festival. Coach Rob made appearances on Rachel Ray, NFL Network, ESPN and more. He appeared in Google’s “Year in Search Video” which was viewed over 150,000,000 times. 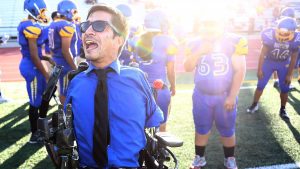 In September 2021, Coach Rob Mendez launched his memoir, Who Says I Can’t? – The Astonishing Story of a Fearless Life.  Told with both humor and frankness, Who Says I Can’t? takes readers on Rob’s inspirational journey, from his birth to loving parents who wanted to afford him every chance for happiness, to the emotional and physical hurdles he faced while seeking independence, to the perseverance it took to land his first coaching job, to his becoming the subject of an Emmy Award–nominated ESPN documentary, and to his receiving the Jimmy V Award for Perseverance at the ESPY Awards in 2019, where he spoke to an audience of his biggest sports heroes.

Discuss the differential diagnosis of oral ulcerations in children, including single and multiple ulcers 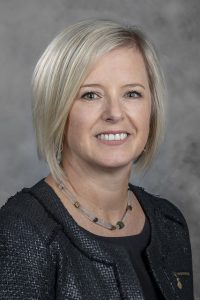 Christel M Haberland, DDS, MS, has been the Chair of Pediatric Dentistry at MUSC College of Dental Medicine since September 2020.

Dr. Haberland earned her Dental degree from The Ohio State University, where she also completed her residency in Oral and Maxillofacial Pathology. Later she completed a residency in Pediatric Dentistry at Yale-New Haven Hospital and then stayed on as Faculty. Her board certifications include both Oral and Maxillofacial Pathology and Pediatric Dentistry. Her research interests are pediatric oral pathology, and she lectures nationally on this topic. She is fluent in both Spanish and German.

She was the Program Director for Pediatric Dentistry at Yale-New Haven Hospital and, more recently, at Johns Hopkins Children’s Hospital in Florida.

Her clinical focus is on treating children with conditions requiring specialized dental care, including children with special health care needs, those with craniofacial anomalies, and comprehensive care under IV sedation/general anesthesia. She also consults on pediatric patients with oral and maxillofacial lesions and developmental abnormalities.

KEYS TO A SUCCESSFUL PRACTICE AND KEYS TO SUCCESS WITH PRIMARY ZIRCONIA AND BIOFLEX TM CROWNS.

Keys to a Successful Practice

This course for pediatric dentists will cover:

KEYS TO A SUCCESSFUL PRACTICE AND KEYS TO SUCCESS WITH

This course for pediatric dentists will cover:

“Keys to Practice Success”– In this session, we will look at various aspects of a pediatric practice, identified by three individuals, that have led to its success and how to implement these strategies. (1 hour)

2. Discuss the importance of allowing individuals, besides the doctor, to identify practice strengths and weaknesses.

3. Identify advantages and disadvantages to the use of Zirconia and BioFlx crowns for primary teeth.

4. Be familiar with the preparation, fitting, and cementation of primary Zirconia and BioFlx crowns. 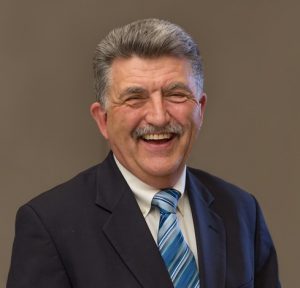 Florida Academy of Pediatric Dentistry is an ADA CERP Recognized Provider approved by American Academy of Pediatric Dentistry. ADA CERP is a service of the American Dental Association to assist dental professionals in identifying quality providers of continuing dental education. ADA CERP does not approve or endorse individual courses or instructors, nor does it imply acceptance of credit hours by boards of dentistry.

Concerns or complaints about a CE provider may be directed to the provider or to the Commission for Continuing Education Provider Recognition at www.ada.org/cerp.

*Changes / Cancellations / Refund Requests: must be submitted in writing and received in the FAPD office on or before Oct 9, 2022

** has no relevant financial relationships to disclose

Members of the CE planning committee have no relevant financial relationships to disclose.